For club members interested in competing in outside tournaments, Team Kenzen is the club’s comprehensive competitive program that develops athletes starting from the local level all the way up to BC team & national team tryouts
Eligibility: juniors, teens, adults, yellow belts and up
‍
Head coach: Richard Sensei oversees all Team Kenzen members and high-performance coaching in kata, kumite & fitness training
‍
Sign-up: Members sign-up at the beginning of each season by speaking with Richard Sensei
‍
Practices: Depending on the members age, everyone maintains two regular weekly practices while adding one or more sports karate classes
‍
Competitive seasons:Fall/Winter (September-December), Spring (January-June), Summer (July-August)
‍
Entry level - “Regional athlete” (Kenzen Team term)Entry level "Learn to Compete" stage.  Members and parents learn the fundamentals of tournaments, competition rules, traveling to events as a team, how to deal with event stress, etc. Regional athletes compete in 2-4 day trip tournaments per season, basically anywhere on the Island, depending on their personalized plan. There are no mandatory tournaments as members compete in tournaments with dates that fit around their other activities.
‍
“Provincial athlete” (Kenzen Team term)Experienced members who have completed at least 1 regional athlete season can graduate up to the "Train to Compete" Provincial Athlete level. Events could include participating in the BC Provincials, Canada Open, BC Team selection events (junior or senior) and events out-of-province. Provincial athlete members compete at 3-7 local and overnight competitions each season, again depending on each member's personalized plan.
‍
“National athlete” (Kenzen Team term)Members on the BC Team and/or national team (junior or senior) graduate to the "Train to Win" level as their new competition goals may include attending the Karate Canada Junior or Senior National Championships or competing in international events.
‍
Common competition divisions:Tournaments have many divisions for different ages and skill levels. For Team Kenzen, members are classified by team-specific level & tournament division. For example; Kenzen regional level, intermediate tournament division.
‍
For Kenzen, members are entered in divisions that match their belt level and/or tournament experience.
Novice - white to orange belt, zero to five tournaments
Intermediate - green to blue belt, five-ten tournaments
Advanced - brown to black belt, ten+ tournaments
Elite - highest level, green+ belt level, athletes competing with the best of the best, typical BC Team related divisions
‍
A member in the advanced division might always be in the advanced division, depending on the tournament, whereas elite divisions are primarily for members wishing to challenge the best of the best, many trying out for the BC Team.
Richard Sensei will determine each athlete’s divisions & personalized competitive plan.

We are NOT a daycare center, but a sports club that knows how to provide the best mix of on-mat and off-mat opportunities for youth. Our instructors are not only Coaching Canada certified, but they also bring years of karate and education training experience to our unique program.

After-school members have two options to get to Kenzen. We offer school pick-up in our 14-passenger safety certified van from Lake Hill, Rogers, Prospect Lake, Lochside and Strawberry Vale elementary schools. After-school members can also be dropped off by a guardian.

All members are picked-up by a guardian by 5pm, or they can take their training to the next level by staying later to participate in the regular Kenzen Sports Karate Junior’s program for a discounted price. 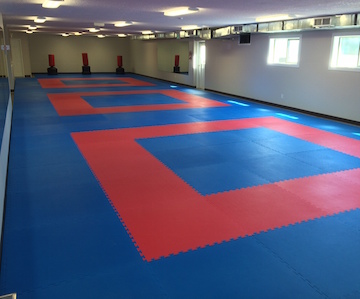 Our huge Karate Dojo! Complete with top of the line equipment. 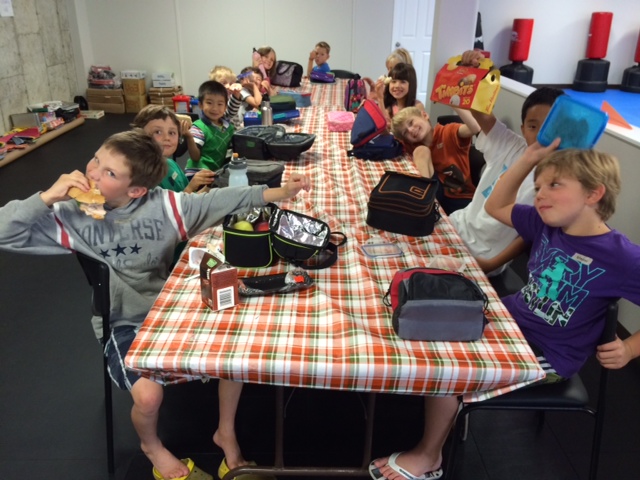 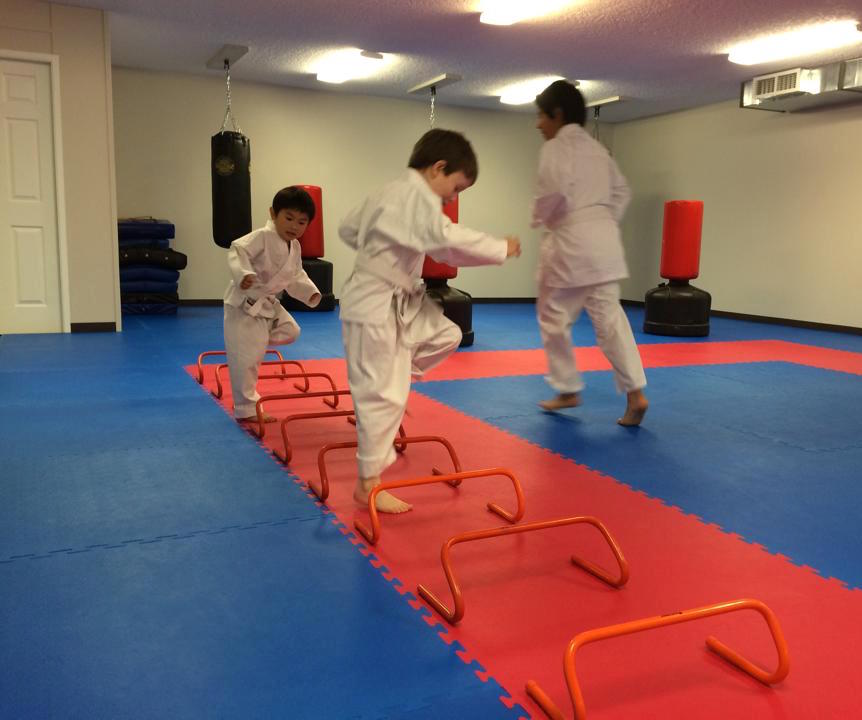 Awesome instructors plus lots of space equals great fun for kids after school.